Getting Started with Simpo Plus

Signing up for a Simpo Plus 14-Day Trial Account

Downloading the Simpo Plus Chrome Extension

Deploying Simpo Plus via Snippet

Simpo Plus Glossary and Keywords

What is Simpo Plus?

Using Google Tag Manager to Add the Simpo Plus Snippet

Multiple environments on Simpo Plus

How to Use Walkthroughs

How to Use Surveys

How to Use Articles

How to Use Quick Search

Trigger a Simpo Plus Tool Using a Code Snippet

Using CSS with Simpo Plus

Add User IDs to Simpo Plus

Single Page Application (SPA) - What do I do? 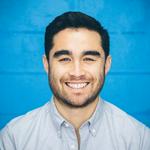 Updated 4 months ago by Max Smith-Gee

The Announcement app is used to update, share a statement, and act as an overall welcome to the website for a first-time user.

An announcement should be short and sweet, but efficient in drawing attention to your site.

How to Create an Announcement

To create a new announcement, click the "new" button with plus symbol located top right on the page.

The exact number of announcements drafted and published, are visible through the blue circle next to "Announcements."

The Content section is used to customize and build your announcement, which can be as simple or as complicated as you'd like. In this section, you have the ability to add photos, links, headers, quotes, and lists, while also being able to change the font size and color.

To start, you must name your announcement with a title to distinguish between each one created, but this won't be visible to users. Next, create an announcement by typing directly into the rectangular bar. For the purpose of this article, we'll keep our example straightforward, but you are free to play with the content settings as much as you'd like.

Now, with Announcements you are able to make them searchable within the Simpo Plus Search Bar. In order to make the Announcement searchable, all you need to do is select the Let users find this in search results and it will be available for your users to access.

API Code and Link To Announcement

Found to the side of the Announcement builder you are provided with the API code (Application Programming Interface) and a direct link to the Announcement. These two options give you flexibility in how you want to release Announcements to your users and how they want to be accessed.

Announcements will appear only once for a user, but this can be fixed by changing the Triggers or by using the Code Snippet.

PRO TIP: In the Advanced Section of the Design Drawer you are able to apply your own custom CSS (Cascading Style Sheets) and this allows you to fully customize the Announcement to meet and match your brand.

Found below is a basic example of what can be created using the Design Drawer feature. Simply use the design options to customize how you want your Announcement to look and feel for your end-users.

PRO TIP: If you aren't sure how to use CSS, please reach out to support@simpo.io and we are happy to help with any design!

The Preview button located top-right of your announcement on the design page shows a preview of what your announcement will look like once it has been published. Upon clicking this button, you will notice that to bring attention to your announcement, there is a sheer grey background, called "expose," displayed against the rest of your site.

The 30-second precautionary feature only applies to publishing an announcement, therefore, unpublishing will happen immediately.

Multiple announcements will appear together through a scrollable list in the order of when they were published.

If you've linked your announcement with an survey, the announcement will be visible first, then the survey will appear once the user refreshes their page or visits a new one.

A published announcement cannot be edited. In order to edit, simply unpublish the announcement or duplicate it.

How to Duplicate an Announcement

The "duplicate" feature gives the option to replicate an announcement and saves time instead of creating a new one from scratch. Besides unpublishing, duplicating your announcement is the only other solution for a published announcement to be edited. After duplicating, you can edit, design, and add an audience. To do this, click on the announcement, then press the Duplicate button.

How to Delete an Announcement

To remove your announcement, click on it, then press the "delete" button. Doing so, the announcement will be deleted immediately.

If you have any questions about how to create and manage Announcements, please reach out to support@simpo.io and we are happy to help!

How Did We Do?

(opens in a new tab)

Powered by HelpDocs (opens in a new tab)